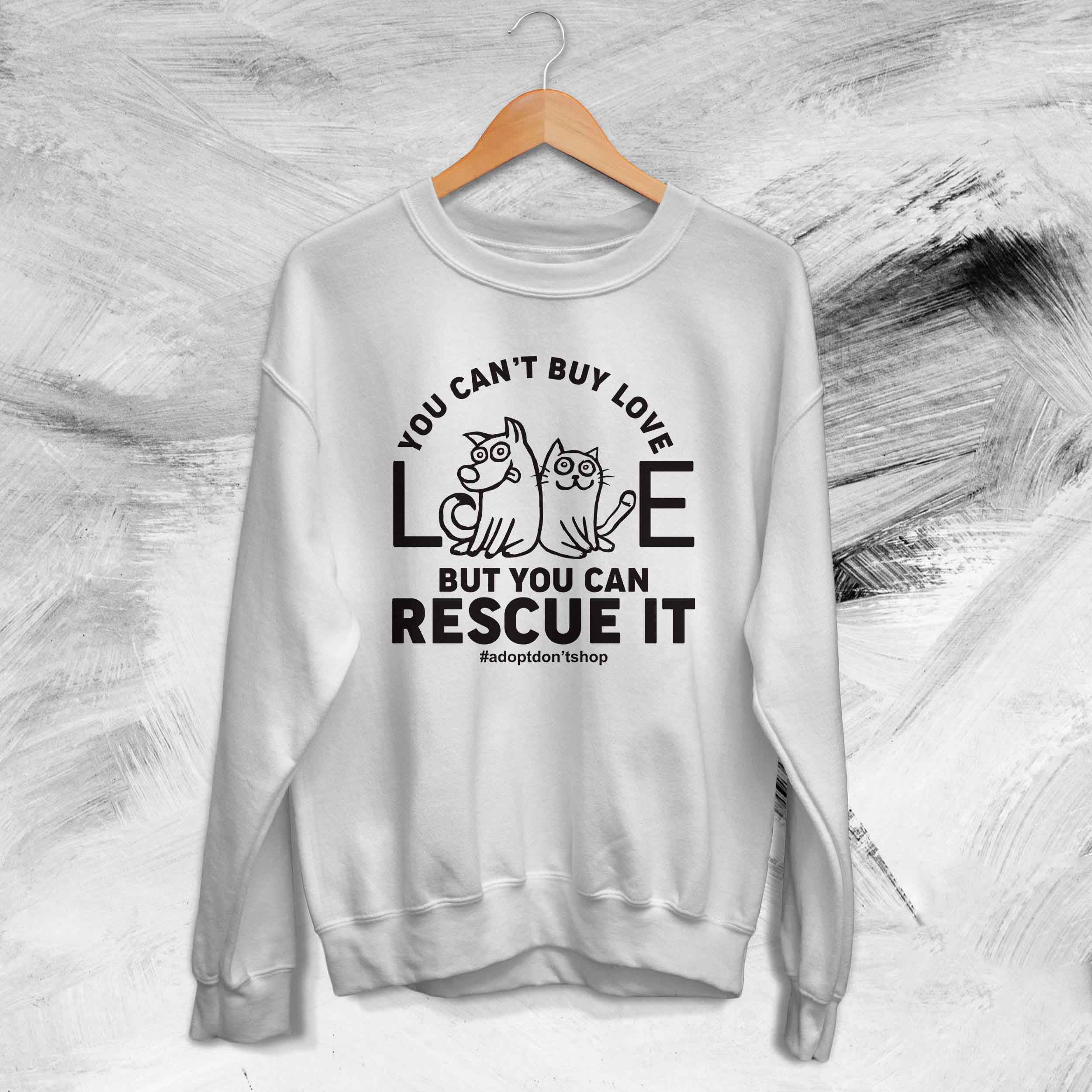 That is not yet known. Her health has been failing since Prince Philip died. She was unable to attend her Platinum Jubilee Service, and she was unable to come to London for Liz Truss’s installation as Prime Minister due to her health, but from the photograph of her receiving Liz at Balmoral on Tuesday, I thought she looked a bit better than she had done for some weeks. Wednesday was like any other day. There was nothing from any source to suggest that the Queen was on her deathbed. Then came the first hint that something was very wrong. The announcement of doctors’ concern for her health was alarming, but it was a matter of wondering what was up, sounds serious. Then a couple of hours later, we were told that her children and Prince William were on their way to Balmoral. From that to the formal announcement of her death given out around 6:40 pm BST was no more than 3 or 4 hours and it is believed that time of death was around 4 pm. Looking at all these timings, I can only surmise that her Majesty suffered a stroke or heart attack either Wednesday night or early Thursday morning, followed by a second in early to mid-afternoon. This second one caused her death within an hour or 2. I am just guessing- I am no medical expert- but I believe it is what COULD have happened. 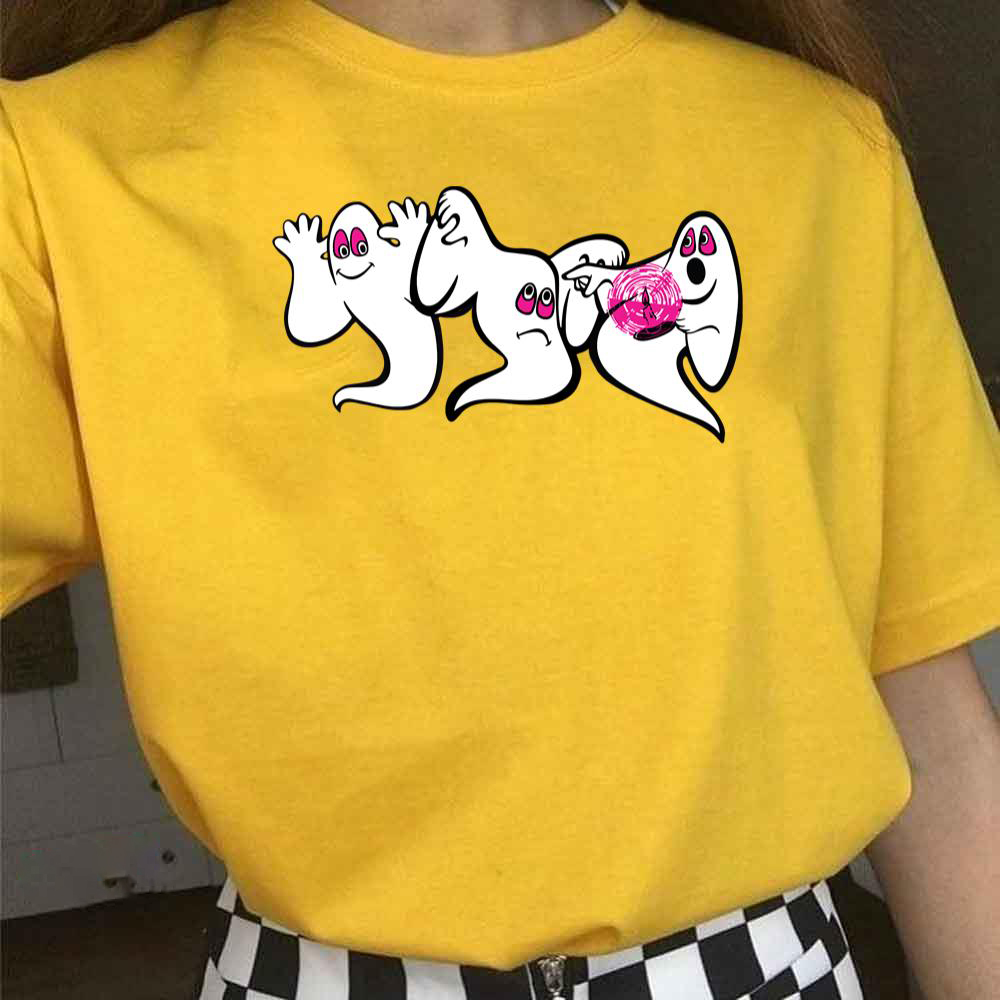 I once watched her carve up a live Cong while he screamed in pain. She took out his intestines and made an intestine necktie. When she wore it, our CO said that every time she ties her tie, shit comes out. As I’ve already explained on about fifty million past versions of this question, Canada “cutting all ties” to the monarchy would require Canada to amend its constitution. Countries that value stable democracy do not amend their constitutions casually, however; if you make your constitution too easy to amend, then you become the kind of unstable “banana republic” where any wannabe autocrat who accidentally gets elected to lead the government can just arbitrarily rip up the constitution and name himself dictator for life. So the way countries that are actually serious about their democratic values protect themselves from that is by making our constitutions extremely difficult to amend without very widespread public consensus, and then actually making changes only when it’s become an urgent necessity. Dropping the monarchy, for example, would require all ten provincial legislatures to agree to that in addition to the national parliament. And since several provinces have laws in place stating that their provincial legislatures cannot agree to any constitutional amendments that have not been approved by the Canadian voters in a referendum, that means the monarchy cannot be dropped without all Canadians getting to vote on it. And furthermore, provinces would also be able to put a gun to Ottawa’s head, by playing the “we’re not agreeing to amend the constitution for this unless you also amend the constitution to meet our demands for X, Y and Z as well”.

So amending the constitution is a can of worms that nobody wants to open if we don’t absolutely have to, and the death of one monarch is not enough of a reason why we would “have to” open that can of worms. Yes, she did a lot for her country despite encouraging Charles to marry Diana just because she was an aristocrat, ignoring her feelings later, and being uncaring towards her own sister, Margaret. An era is truly gone. Prince Charles is uncouth. He is a boor. His wife isn’t charismatic. The Queen rarely showed outward dislike during meetings while his face often screamed I don’t want to be here. Who are these people I’m supposed to shake hands with? Prince Edward behaves more like a gentleman of good breeding from an aristocratic family. Charles the former Prince of Wales, is now King Charles III. He will be the King of the United Kingdom and Head of the Commonwealth. The transition from one monarch to the other is very smooth. The moment the Queen was declared dead, Charles became king. There will be some ceremonial events over the next few days: for example, Parliament will give a vote of confidence for Charles as the new monarch, and at some point, Charles will address the Commonwealth. Behind the scenes, he will start the job straight away. After the period of mourning has passed, he will tour the four nations of the Commonwealth, and next year, he will have his coronation. 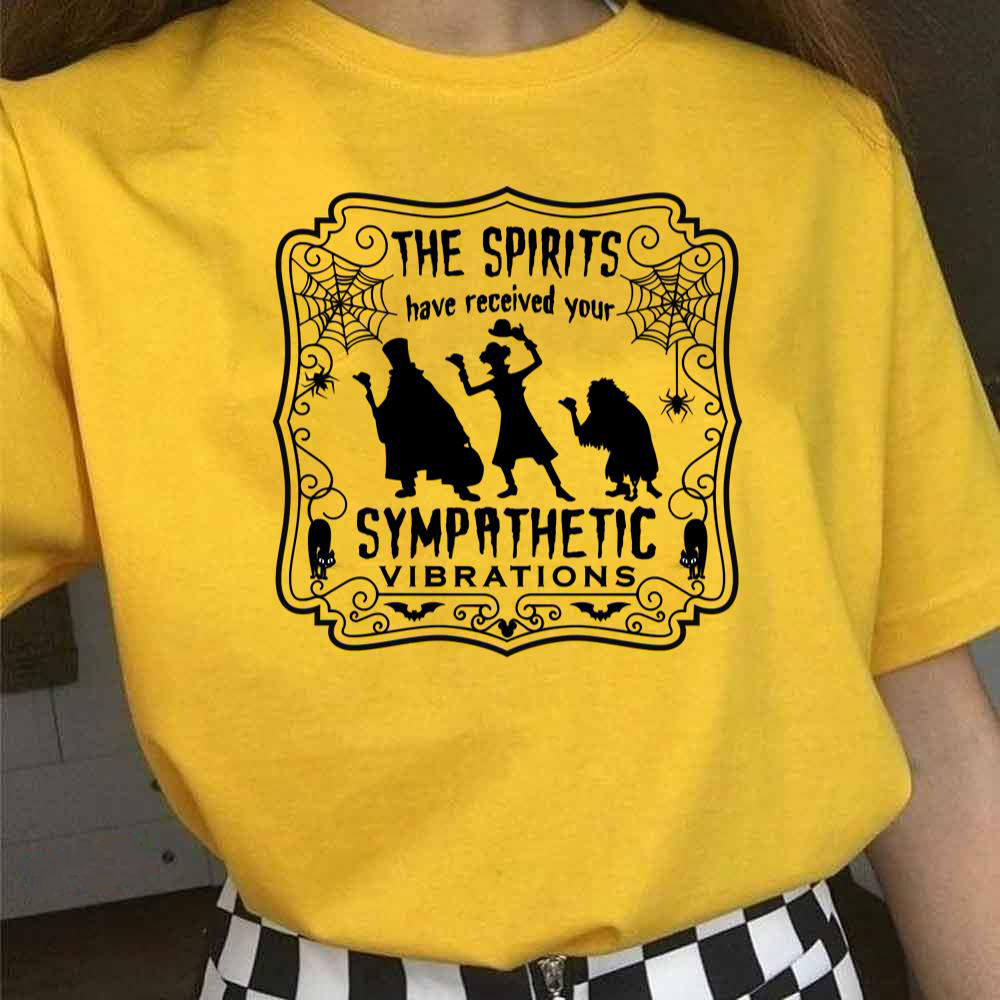 Well, since they say she was 96 when she died, that means she must have lived erm, about 90-something years or maybe a bit less. I am dunno, I’m not good at Maths, much like yourself. The passing of Queen Elizabeth II is a shocking moment in world history. She was a grand old lady and I have to admit I barely slept at all as I awaited the royal announcements and watched further coverage when her passing was confirmed. Oh, the storms she weathered… everything changed during her long reign. Two of her sons’ marriages failed, as did her daughters’, and the protocol was broken countless times. Wars, fought, won, and lost. Death of Diana and Philip. Heavy accusations. Countless world leaders, her first Prime Minister was a man born in 1874 This woman was the daughter and granddaughter of Kings, born only a mere twenty-five years after the passing of the great Queen Victoria herself. Ancient Victorians like Sir Winston Churchill guided her through her early reign. As a teenager, she volunteered for the army during WWII and served as an ambulance driver in the streets of London. She fell in love at an early age with a Greek prince some considered to be beneath her, whose mother suffered from mental illness and whose sisters married Nazis — him being a WWII veteran himself did not save him from criticism. As in all things, she remained steadfast. He was the one, it would be Philip or no one.
Queen Elizabeth II was married for 73 years to the same man. Steadfast in love as she was in all things. During her life, she welcomed four children, as well as eight grandchildren and twelve great-grandchildren. All but two of her grandchildren married and started families of their own during the Queen’s lifetime. Throughout her life, she was quite a dignity personified, as she met with countless heads of state and historical figures of great note and renown. Privately, she was an absolute badass — the Queen knew how to handle a gun, was an excellent shot, a fine horse rider, and disciplined like a Spartan general. 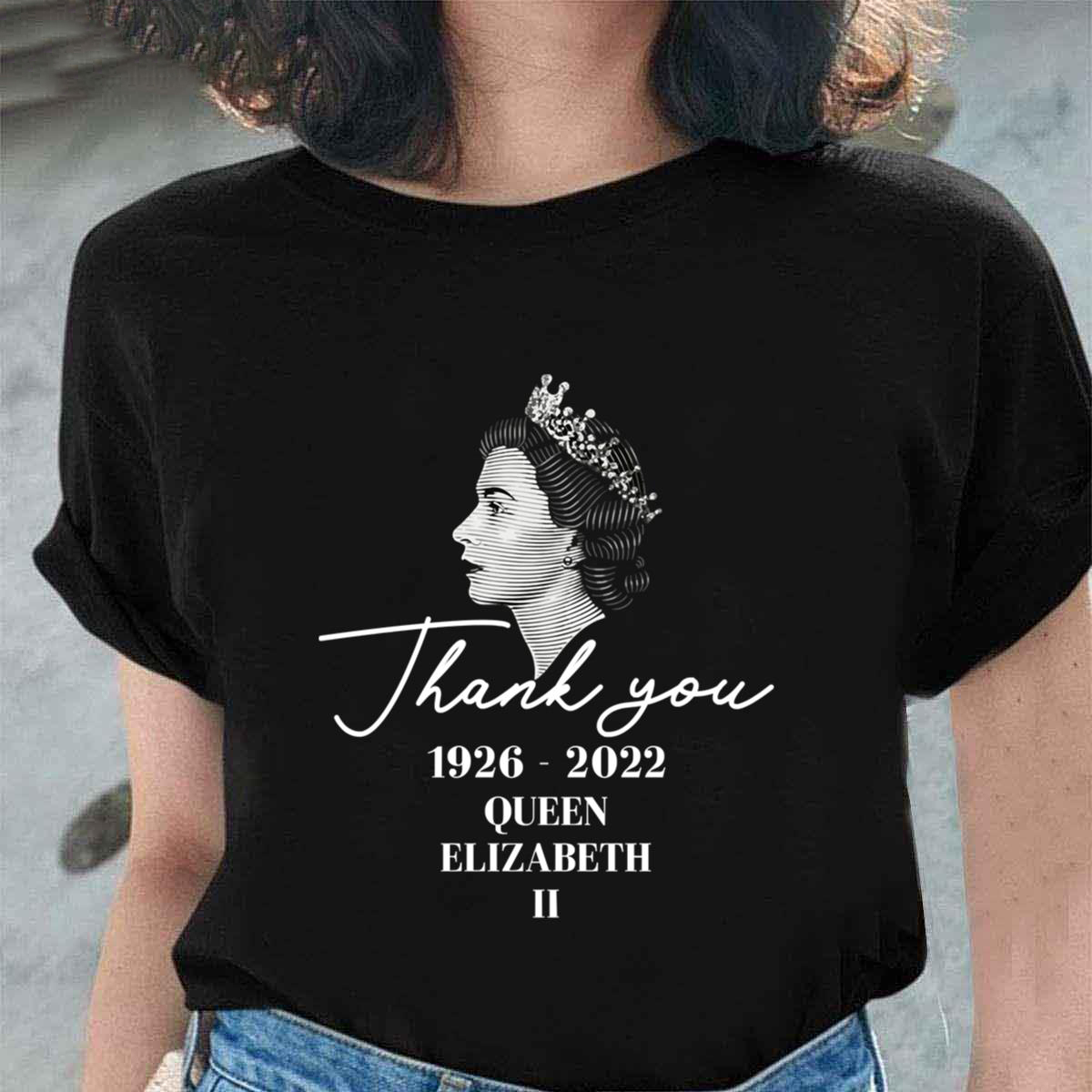 Some accused her of being “cold” for not showing “the proper amount of emotion” when her former daughter-in-law, the immensely popular Princess Diana of Wales, died in 1997 of a tragic car accident. People got the old lady all wrong… Queen Elizabeth wasn’t “cold”, she was steady. Throughout any storm, she was there. Weathering it all. A young woman of twenty-five, mother of two infants, she had been crowned Queen early in life and had not known a moment of peace since then, and very little before it. Still, she carried on. As she always did. Abuse scandals of her son, Prince Andrew? She cut him out and carried on. Accusations of racism by a granddaughter-in-law? She grinned and bore it. Classy, as in all things. On the very darkest of days and the very brightest of days, she was there for them all. Adolf Hitler plunged the world into war and chaos when she was a teenager, and she did her duty. Her uncle plunged the Royal Family into chaos and, once more, she did her duty. Her family gave her countless headaches, but she showed no signs of distress, nor did she ever slow down, nor increase her pace — she was the very embodiment of “keep calm and carry on” and carry on, she did, no matter who or what crossed her path. Duty personified. As much a soldier as any man or woman out in the field, as dedicated to her country as the very finest of those who served her, and always at the service of ideals larger and grander than herself. I will remember The Queen as a woman who was simply… there. Always. Throughout it all. She was already old when I was born, older in fact than my own grandparents, and yet she survived all but one of them, and somehow, I couldn’t believe her capable of an act so mundane as dying. A little old lady that seemed larger than life itself.

For the United Kingdom and Commonwealth, she was part of and head of an institution with centuries of history, over a millennium if counting to the establishment of a unified kingdom of English speakers. Elizabeth has reigned longer than the liver of 70-year-olds, so for entire generations and large portions of others. I believe she was a representation of continuity and stability to many. So I would not call her passing good. She was also mortal and would eventually reach an end. The is sadly normal, natural, and human. Preparations have been in place for this eventuality for decades. So the continuity and stability are not gone and to a large part, Elizabeth remains a symbol of it. So, easily sad and a point of reflection, but not truly bad.
picturestees.com