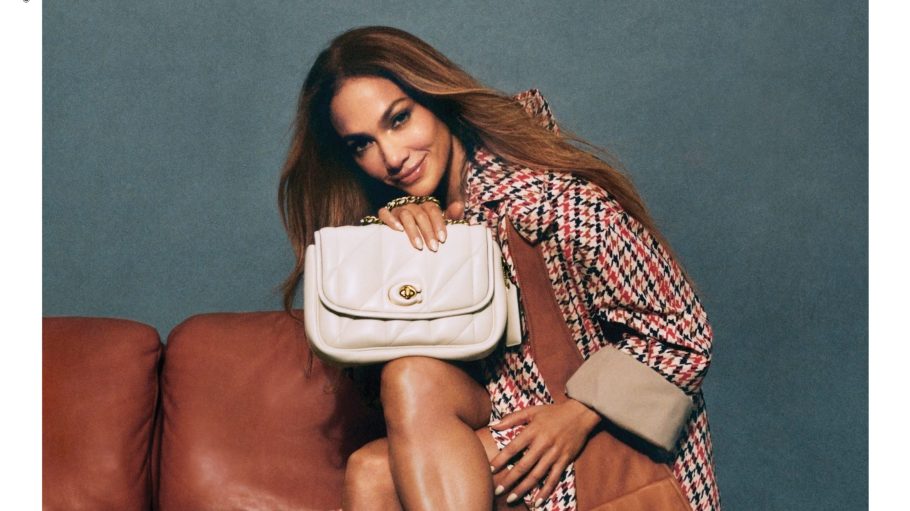 Investors seemed skeptical at first and sent shares of Tapestry — which owns Coach, Kate Spade and Stuart Weitzman — down in premarket trading, only to reverse course and push the stock up 15.8 percent to $30.70 by close on Thursday.

“We are seeing strength and momentum across our business,” Crevoiserat told WWD in an interview. “Tapestry is a powerful combination of iconic brands that offer tremendous value for consumers and a platform that we’ve transformed to drive innovation and drive customer engagement.”

Crevoiserat was able to back up her bullishness with a solid reading from the company’s latest quarter, even if the annual outlook has dimmed some.

Tapestry’s fiscal third-quarter net income increased 33.8 percent to $122.7 million, or 46 cents a diluted share, compared with $91.7 million, or 32 cents, a year earlier. Adjusted earnings of 51 cents came in 10 cents ahead of the 41 cents analysts projected.

“It is true that the pinnacle luxury players have been increasing price,” Crevoiserat said. “It supports even more the value that we’re delivering in the market. It creates an opportunity for us to exercise the pricing power that we’re seeing with the consumer.” 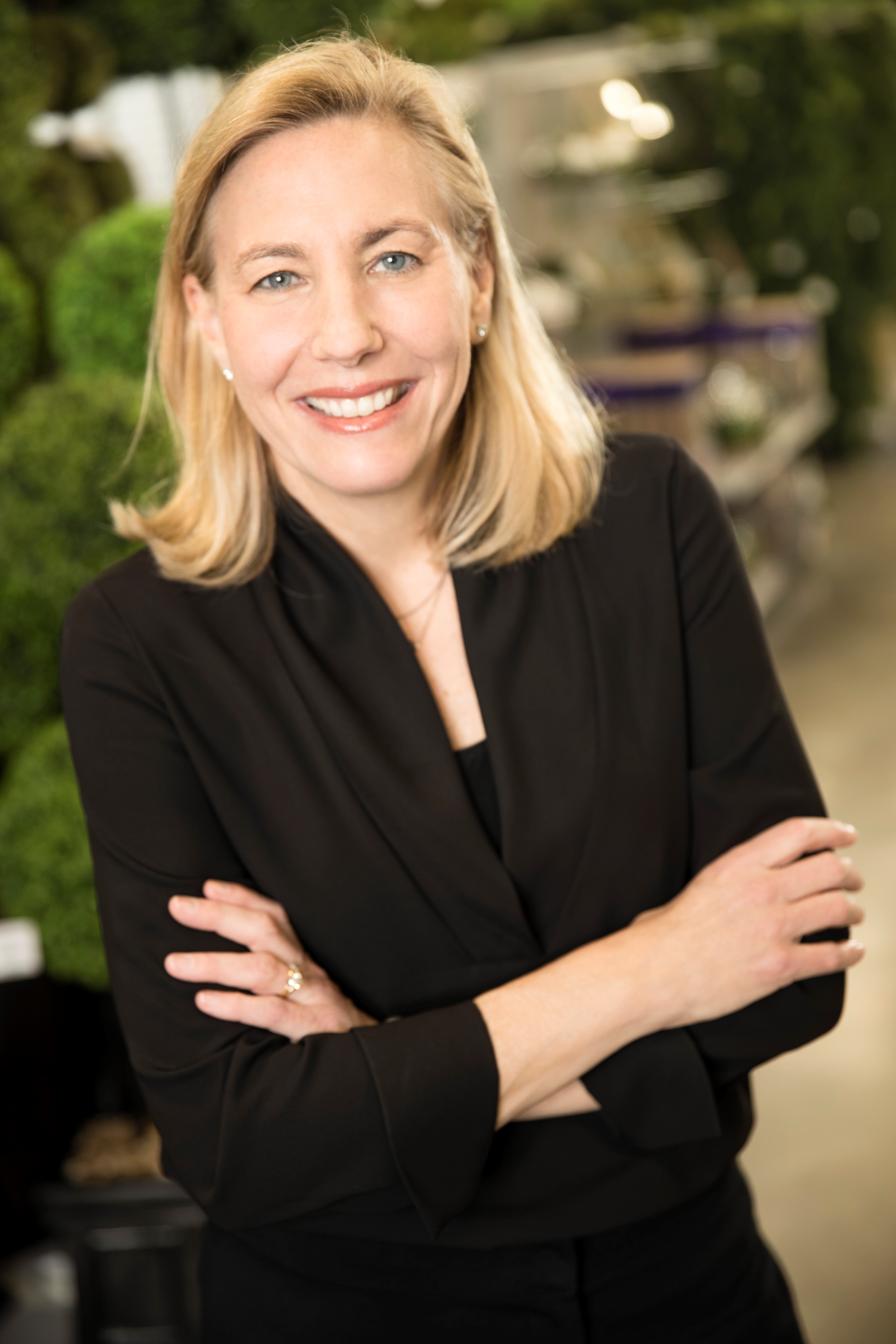 In North America, average unit retail prices on Coach handbags rose at a high-single-digit pace during the quarter, making for three straight years of AUR growth.

Todd Kahn, CEO and brand president of Coach, added in the interview that: “The Coach brand has been focused on value and values versus price and promotions and that has really resonated with our client.”

That is a position that many brands have adopted in fashion, looking to ween off price cuts to drive sales in favor of a stronger brand proposition. It’s an effort that was supported by the pandemic shopping dynamic and inventory shortages amid supply chain backups.

But while that resolve to hold price is expected to be tested later this year as inflation bites, Kahn argued that the brand specializes on a category that is somewhat shielded from such pressures.

“In good times, you buy an outfit and a bag, and in bad times, you just buy a bag,” he said. “We have seen that happen over and over again.”

And Crevoiserat said Tapestry has become good at keeping up with the ever-moving market.

“The environment has been volatile for two years,” she said. “And our teams have really shown the resilience of our business model from our supply chain teams navigating just incredible disruption to deliver newness around the world.”

China right now is a sticking point — for Tapestry and nearly everyone else — but Crevoiserat said the business there was performing well at the beginning of the third quarter and only declined when the COVID-19 lockdowns sent consumers home.

“We’ll see continuing headwinds in China, but we do expect a reopening, particularly in Shanghai, starting in June,” Crevoiserat said. “We think the recovery will be gradual so we’re not looking for a ‘V’ if you will.”

During the quarter, the company saw a mid-teens decline in mainland China, which was offset by a 22 percent boost in North American revenues.

Crevoiserat first became interim CEO at Tapestry in July 2020, when former CEO Jide Zeitlin resigned abruptly. That gave the reins over to Crevoiserat mid-pandemic and during a period of great change, for the company and the industry.

The CEO told analysts on a conference call that the changes have been for the better at Tapestry, which has been putting money into brand building.

“We’re a different company than we were two years ago based on these investments,” she said. “We’re leaning in to our digital capabilities and our data and analytics capabilities and developing — not only systems, it’s process. It’s the ways of working. It’s the investment we’ve made in talent that are helping to drive our business, and we’re seeing really strong returns. Those are primarily the investments we’re making in digital and in marketing. You have seen us invest in fulfillment. We broke ground on a fulfillment center on the West Coast of the U.S. We’re adding automation to that fulfillment center. We’re engaging consumers more and more in digital channels and those capabilities have been driven by the investments, very intentional investments we’ve made.”

This is some of the combination of “magic and logic” that Crevoiserat cites as an important part of the company’s current success.

She said Tapestry’s brands brought on board more than 1.4 million new customers in North America in the quarter and that since the beginning of the firm’s 21-month old Acceleration Program, the company has attracted nearly 13 million customers.

Despite the strong quarter, the company needed to walk back its annual projections, which were just increased in February in a strong market.

Tapestry said “COVID-19-related pressure in China” would give a 25 cent to 30 cent hit to its earnings per share.

Scott Roe, the VF Corp. veteran who joined Tapestry as chief financial officer and head of strategy last year, told analysts: “In Greater China, we’re now anticipating a revenue decline of approximately 35 percent in the fourth quarter. On the mainland specifically, we’re assuming that Shanghai lockdowns will be lifted at the beginning of June followed by gradual improvements thereafter. In addition, our guidance incorporates the expectation that our regional distribution center will reopen in mid-May. Of note, we have not assumed full lockdowns in other major cities.”

The company also penciled in a 17 cent negative impact on EPS for the year based on “the current expectation that the Generalized System of Preferences with retroactive benefit will not be adopted in the company’s current fiscal year.”

Sales are seen coming in at about $6.7 billion, down modestly from the $6.75 seen in the previous forecast.

Tapestry is looking to give shareholders a little something extra in a tough time for the market, which is retrenching amid sky-high inflation, interest rate hikes, pandemic and disruptions from the war in Ukraine.

The company plans to return $1.9 billion to shareholders this fiscal year in the form of stock buybacks and dividend payments, above the $1.5 billion previously projected. Tapestry’s board has also signed off on a new $1.5 billion share repurchase program.